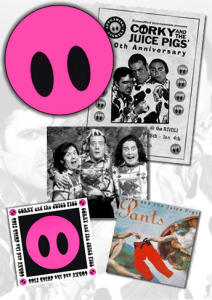 We won our heat and ended up on the televised finals on the Global Network hosted by Canadian comedy legend Eugene Levy, at the time one of the infamous SCTV gang but now probably best known as the father, Noah Levenstein, in American Pie.

I graduated from acting school in 1987, age 21, and went straight into the Dream in High Park, a Centre Stage Company open air summer Shakespeare production.

That year, I performed as the Boswain and the lower lords in The Tempest directed by Richard Greenblatt and starring David Fox, who was the voice of Captain Haddock in the original Adventures of Tin Tin television series.

David Fox had a great influence on me and reinforced my respect of stage acting. At the same time Corky and the Juice Pigs were making waves on the local Toronto comedy scene and after only four try out spots at Yuk Yuks Comedy club we started headlining across Canada.

The Crystal Comedy Quest, rebranded as the Labatt’s Comedy Quest, employed us to be the professional act on the tour.
We were hired to perform for the audience while the judges conferred on the winner.
The show took us across Canada and solidified us as a well respected live act.

The inimitable Greg Neale joined the group two years later, in 1989, and we went on to travel the world, headlining shows and festivals from Melbourne to Winnipeg to Edinburgh and garnering a Perrier Comedy Award nomination at the Edinburgh Fringe 1993 for our show Pap.

The Juice Pigs appeared on numerous TV shows in a handful of countries including George Schlatterâs Comedy Club Special hosted by Dudley Moore, The Just For Laughs Gala in Montreal and Jonathan Ross’s Last Resort to name but a few.

After ten amazing years together, which included the release of three independent comedy albums, three years of development deals with Disney, and a climaxing season on MAD-TV for Fox in the States, the Juice Pigs decided to call it quits in July 1997.

Sadly, this coincided with the unfortunate breakdown of my marriage and remains to this day the worst year of my life. 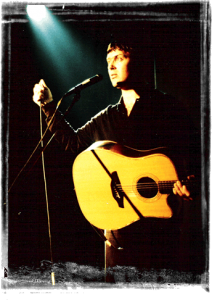 It felt like everything that I had worked for and cared deeply about was suddenly and unceremoniously stripped from me almost overnight. I had been performing solo monologue shows since 1996 at the Edinburgh Fringe, Phil Nichol is a Schizo (1996) and Phil Nichol is a Spy (1997), and in June of 1998, at the behest of my U.K. agent Lisa White, I moved to London, England to pursue a solo stand-up/acting career.
That same year, I was awarded the Time Out Comedy Award for Best Comedy Performance and later cast in a ridiculously bad sketch show called Haywire for BBC One. With a talented cast, that included Dawn Steele, Gabriel Quigley, Karl Minns and Kevin Gildea, Haywire unfortunately didn’t last beyond one season.

I found it hard adjusting to London life but I realised that I’d been given another chance after what felt like the heart-breaking failure of Corky and The Juice Pigs and started working on what I jokingly call “my second comedy career“.