It’s the weekend and the inmates of The Asylum are putting on a variety show! The Asylum is a bold departure from other cabaret and comedy shows. A unique mix of stand-up, musical guests, outrageous hijinks and audience participation all wrapped up in the most fun immersive theatre show on the fringe. Dress like a loony and get involved!

Multi-award winner Phil Nichol will be accompanied by his trusted sidekick Kirsty Newton and backed by the hot musical stylings of her band The LuNaTicS that comprise of local music legends Cammy ‘Mad Bastard’ Sinclair and Nurse Emma Smith of Gorillaz fame! The LuNaTicS will allow you to ‘go mental’ in a One Flew Over The Cuckoos Nest of late night entertainment.

The Asylum is a fully immersive three hours of theatrical entertainment with two sets of cabaret followed by DJ Loopy in the bar playing the most bizarre tracks he can find while downstairs the Aftershock Room puts on special pop-up performances from the biggest Fringe stars and the loopiest clowns on the ward. Become one of the crazies and join in the fun or sit back and take notes as one of the clinical therapists. It’s up to you. Either way, you will leave The Asylum ready for life back in the ‘real’ world. If laughter is the best medicine then The Asylum will heal all your earthly woes!

After the success of Phil Nichol’s Cray Cray Cabaret at the Assembly Rooms in 2015, He’s back with a new, sillier, action-packed, guest filled explosion of craziness at the aptly named Monkey Barrel, Edinburgh’s hottest fringe comedy venue on Blair St. The Asylum WILL BE THE PLACE TO BE. Every weekend of the fringe Thursday, Friday and Saturday nights…for three plus hours that turns into a lunatics club! You’d be bonkers not to come!!

The Asylum is comedy cabaret theatre at it’s craziest and most unhinged.

This will not be like any other show you see this year.

Special guest and hysterics are guaranteed. 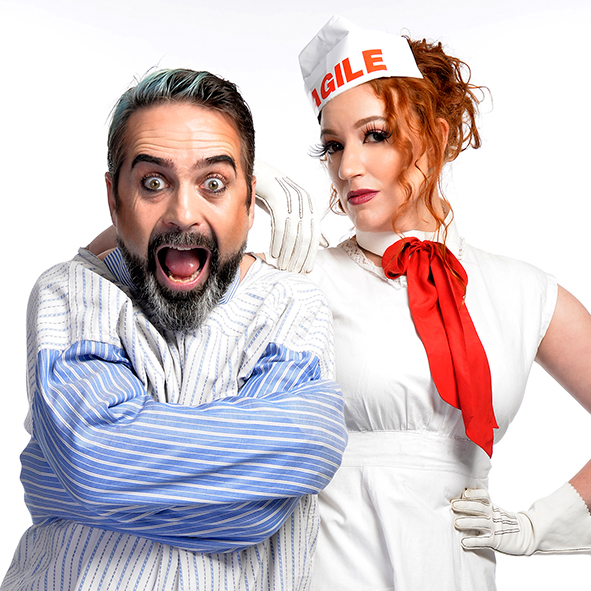